The official schedule for the 2019 BPT Europe tournament has been officially released. The Boyaa Poker Tournament comes again to Europe after its tournament in Ireland in 2017, The series, organized by Boyaa Interactive, will run from December 5th to 8th in the largest poker room in Europe: The King's Resort at the Czech Republic.

Aside from the prize pool for the Main Event, this tournament will also feature four Side Events with different buy-ins, ranging from 90€ to 130€. 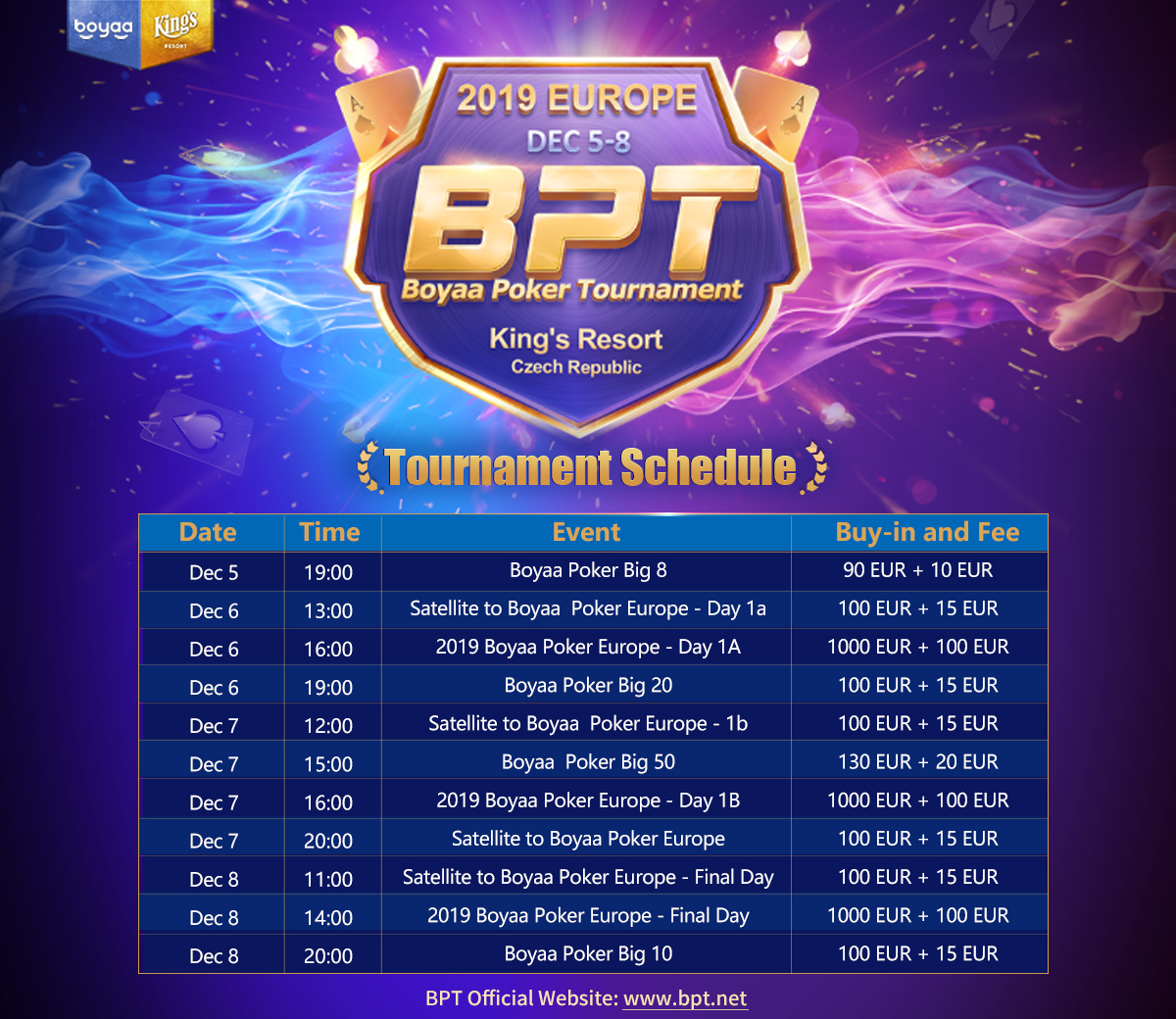 Starting from the second half of September until the end of November, poker players will be able to get invitation tickets for this BPT by joining the corresponding tournaments in the "Texas Poker (Boyaa)" app or by participating in offline satellite tournament qualifiers.

Winners in both formats will gather in December at the Kings Resort of Rozvadov for the Finals.

Boyaa Interactive International Co., Ltd. was established in 2004, and it was listed on the Hong Kong Stock Exchange on November 12, 2013 (stock code 0434.HK). Boyaa Interactive is Asia's leading developer and operator of card&board game, developing and operating more than 60 apps.

The BPT is a poker series that started in 2015 in Southeast Asia with tournaments in Macau, mainland China, Taiwan and Vietnam, and now is trying to make a name for itself in the world of live poker in the old continent.

Taking advantage of its popular social poker application and its huge user base worldwide (particularly in Asia and Europe) and its experience in designing games, Boyaa Interactive places great emphasis on the concept of variety, particularly on the type of playoffs before the main tournament, the type of events organized in the tournament and, of course, the players (online / offline). Thus, not only there will be 200,000 Euros in the guaranteed prize pool for the main event, but also (we hope)  many moments of glory, trophies, gifts, and  fun.