Boyaa Poker Tournament Europe 2019 will take place from December 5 to 8 at King's Resort . If you want a ticket, hurry up because the final countdown is ticking.

Boyaa Interactive (Stock code 0434.HK) organized the first BPT in 2015 as a way to enrich its online social poker game and to reach its users worldwide, particularly in Southeast Asia. Now, this BPT comes to Europe for its sixth edition with an interesting proposal that includes a more cheerful and modern image than usual poker tournaments,  side events with different buy-ins levels, and flashy trophies for the winners.

Some European poker players that participated in previous BPT editions highlighted the diversity of countries that are usually represented in the BPT tournaments, and how the host tries to bring players from as many countries as possible. The election of King's Resort (Czech Republic) suggests this time will be no different. 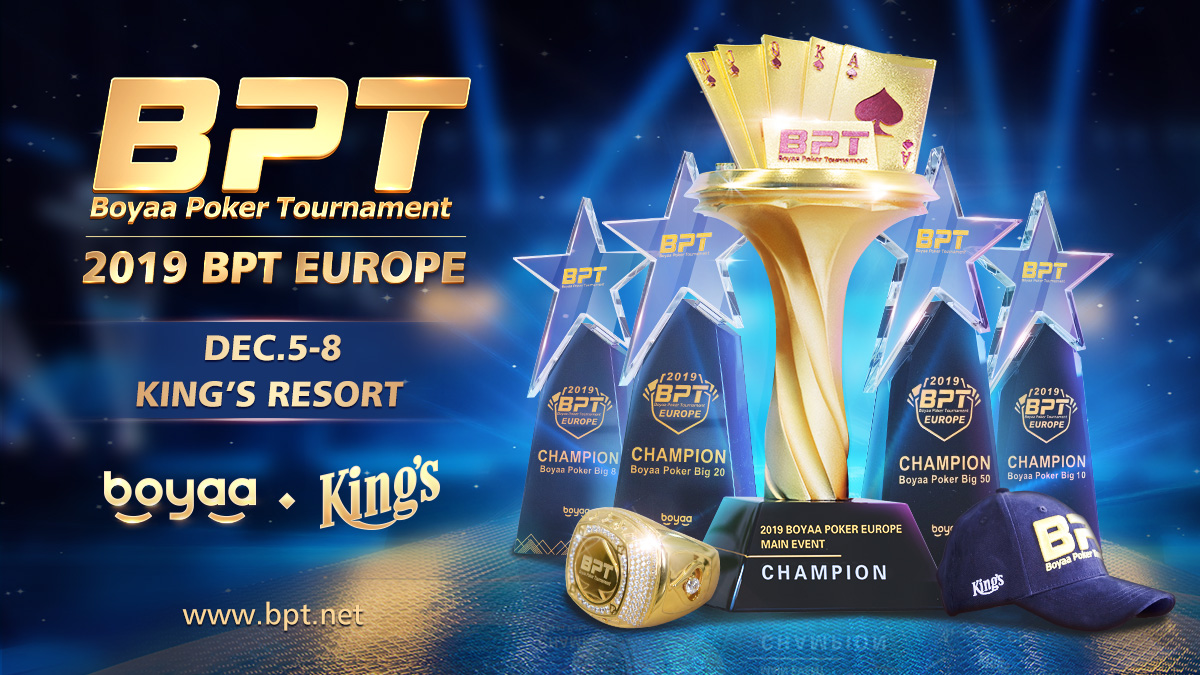 It is the 6th edition, but it's also a special one because this 2019 BPT Europe is the result of tight collaboration between Boyaa Interactive and a big European venue such as the King's Resort.

Boyaa was founded in 2004, became a publicly traded Hong Kong company in 2013, and it has been for many years a leader developer in Asia of card & board games. Their partners in this tournament, King's Resort, is the largest poker room in Europe and the venue of the WSOPE since 2017. Indeed, an interesting combination.

Even though the live tournament will run from December 5 to 8, the online qualifiers and the ticketing started in September and will stop  at the end of November.

There are several ways to get an entry ticket for the live final in King's Resort: