Boyaa Interactive officially launches the festive 2020 Boyaa Poker Tournament Online. Due to the dire consequences of the Covid-19 virus in 2020, this BPT comes with a full on-line tournament mode. The competition, which recently announced a guaranteed prize pool of 738g gold and 21 iPhones, will be available to players in many countries and regions in Asia. Online qualifiers go live! 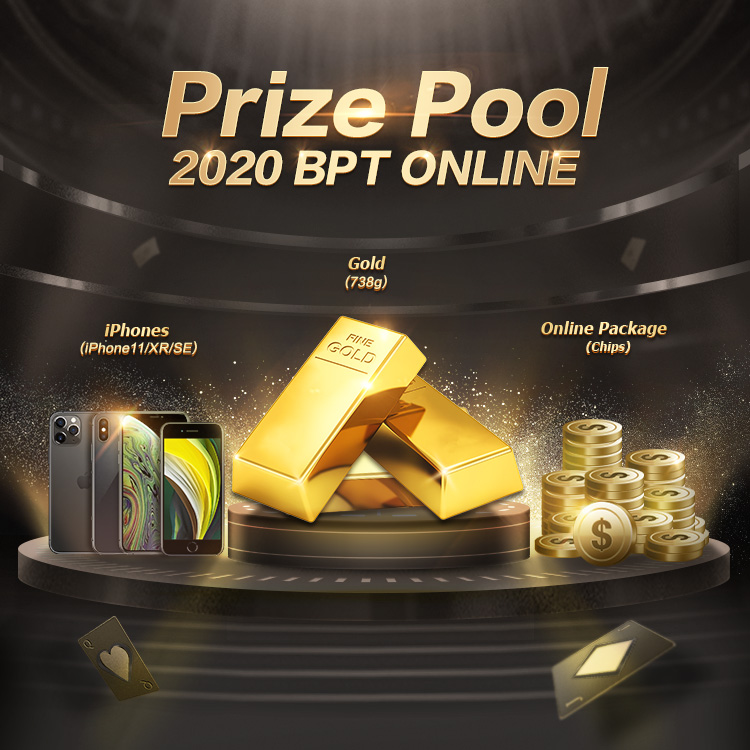 Players can join the online qualifiers by playing the APP’s exciting daily competitions. Starting August 28th, players from various Asian regions can download the Boyaa Texas Poker APP to participate in the online qualifiers and compete to make it into the Finals. There are  four versions of this app: Thai, Vietnamese, Indonesian, and Traditional Chinese.

The winners of the qualifiers will gather together on October 17th for a definitive online final.

Prizes upgraded for the Event! For the first time, Gold!

One word to describe the BPT 2020 Online Texas Poker Tournament Guaranteed Prize: extraordinary. The top 9 players get gold rewards and the champion of the tournament wins up to 250g of gold. The tournament's prize stage is also considerable, and the top 30 players can get at least one valuable mobile phone as an award. 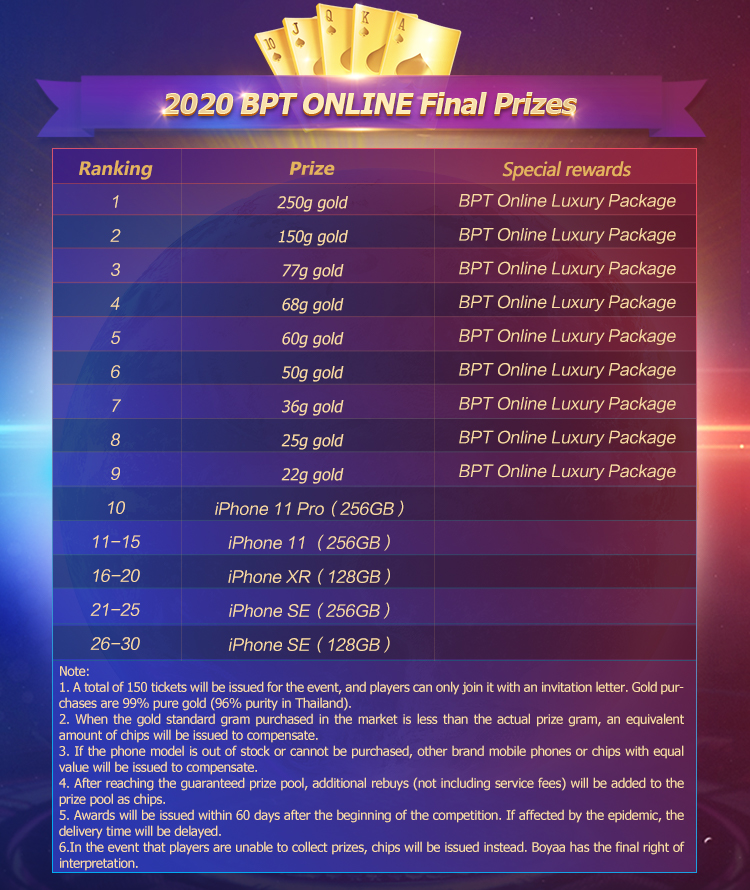 Invariably adhering to the idea of professional Texas Poker tournaments, Boyaa Interactive has been pushing the envelope over the years with its BPT events to provide players with the ultimate poker experience. Since 2015, Boyaa Interactive has already held six successful BPT tournaments, attracting  20 million players worldwide and becoming a recognizable brand for the most festive Texas Poker fans.

A competitive game and intelligence are at the heart of this worldwide tournament that has captured the media's attention. And in this unique 2020, BPT will set sail again to continue its legend!

Boyaa Interactive International Co., Ltd. - referred to as "Boyaa Interactive," was established in 2004 and successfully listed on the Hong Kong Stock Exchange on November 12, 2013 (stock code 0434.HK). Boyaa Interactive is the leading developer and operator of online board & card games in China and  has more than 60  games and  more than 800 million registered players in over 100 countries around the world. Boyaa Texas Hold'em is one of the earliest online Texas Hold'em games in the world. It is also one of the most popular and most professional Texas Hold'em apps. Currently, it is distributed in more than 100 countries and regions around the world, with nearly 300 million registered users.

Boyaa Poker Tournament (BPT)  is a worldwide tournament hosted by Boyaa Interactive. It has been held six times since 2015, becoming the Chinese precursor of similar events around Asia and the most influential and cross-regional competition poker event in the region.